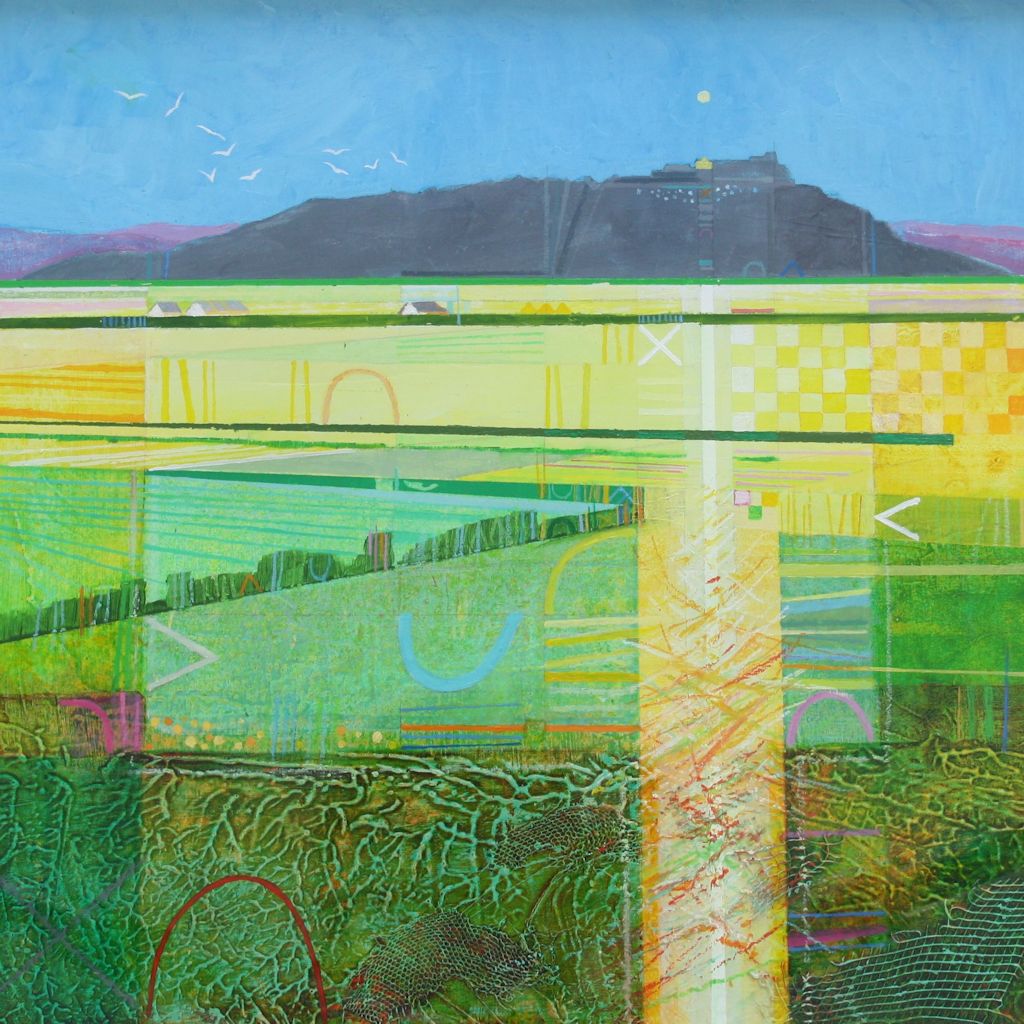 Fields of Green and Gold 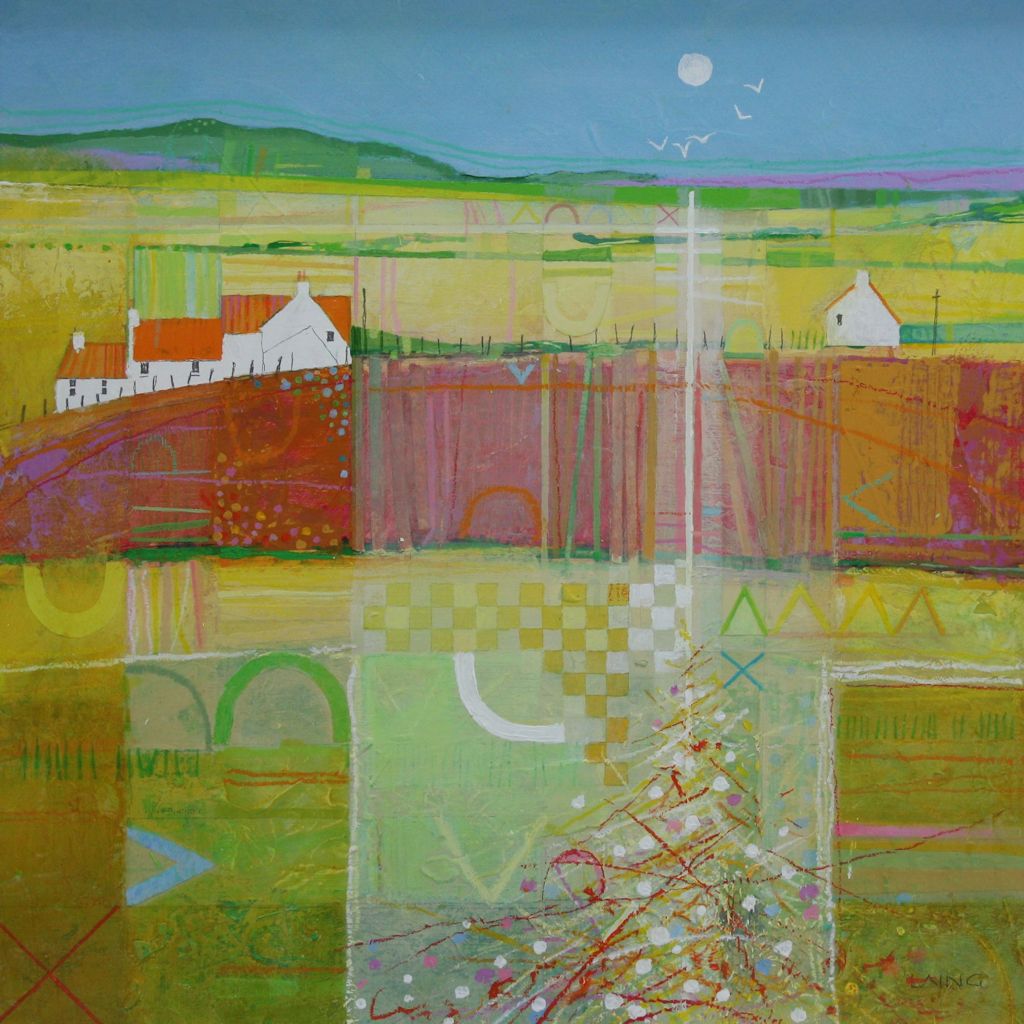 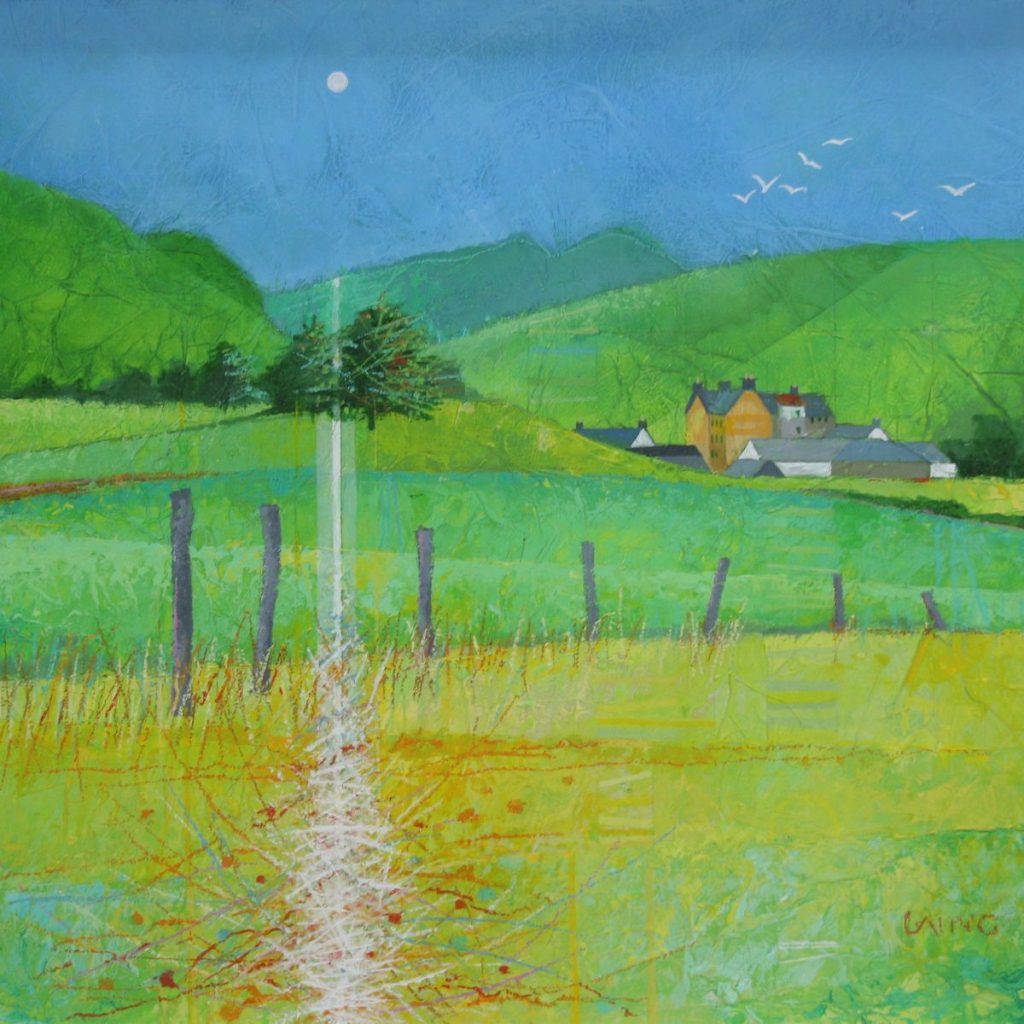 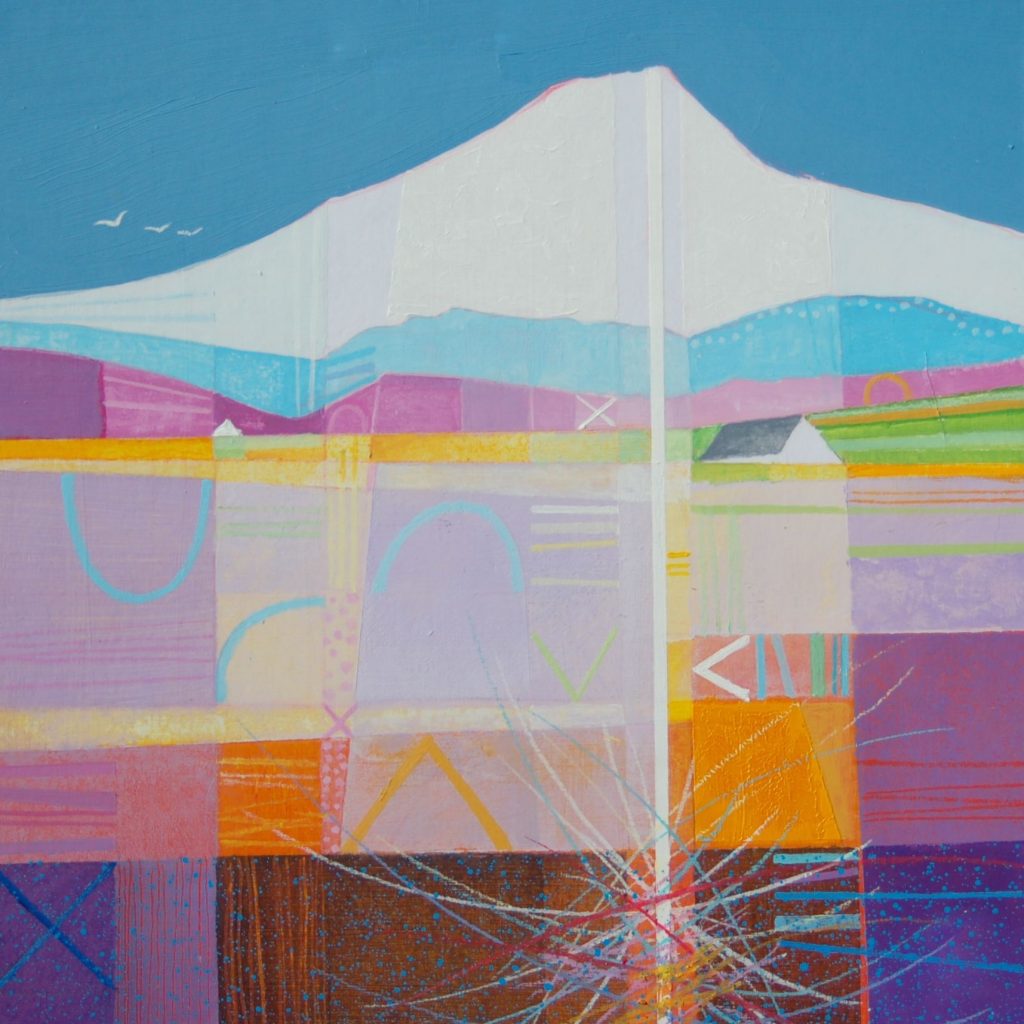 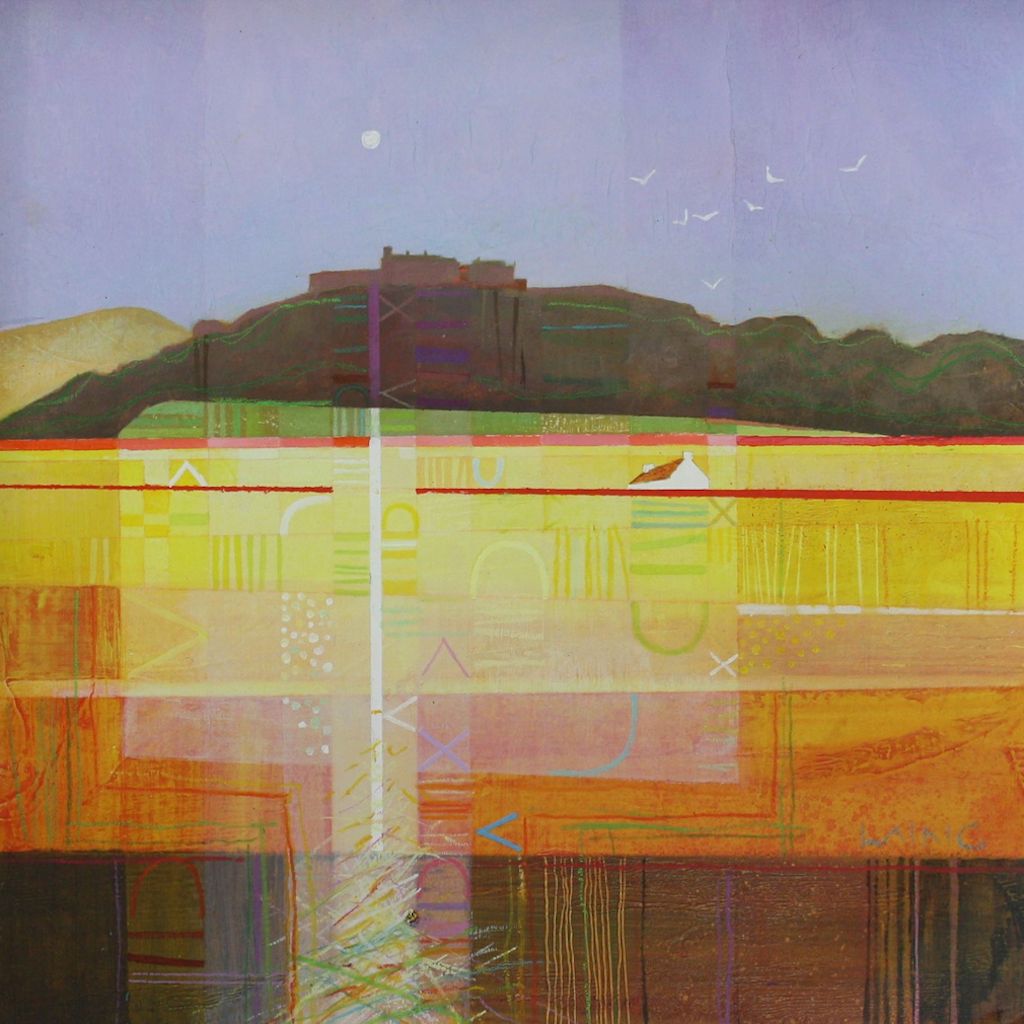 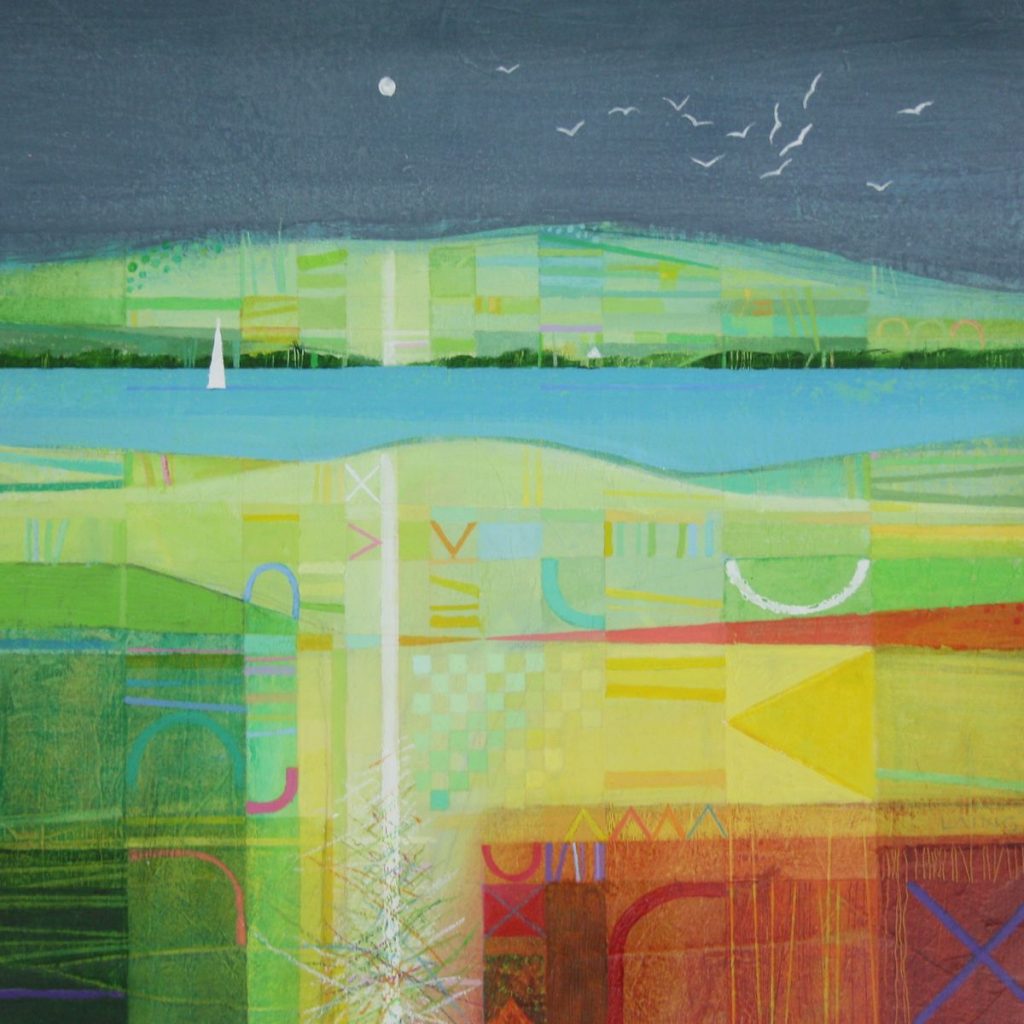 Alastair Laing was born in Edinburgh in 1944. He studied at Glasgow School of Art from 1962 – 66, thereafter at Moray House College of Education and the University of Edinburgh.

After teaching in primary and secondary schools and thirty years in teacher education, latterly in the Faculty of Education at the University of Glasgow, Alastair Laing spent more time at the easel, working mainly in mixed media.

Drawing heavily on his early work as a calligrapher and graphic designer, and inspired by the Vienna Secession and Paul Klee, the paintings are external manifestations of a substantial part of his life and environment which he carries around inside him.

Living, working and holidaying in East Lothian, as he did for many years, one is constantly aware of the volcanic plug that is Berwick Law. This landmark is a repeating icon in many paintings, serving as a silhouette and a backdrop set against the patterns, textures, shapes and colours of the rich arable land where Man has created his own landscape. The shape of the Law is echoed in the glacial landscape of dramatic mountains, valleys and lochs of the Trossachs and Loch Lomond, seen as one travels north out of Glasgow.

Alastair Laing is a Past President of the National Society for Education in Art and Design.