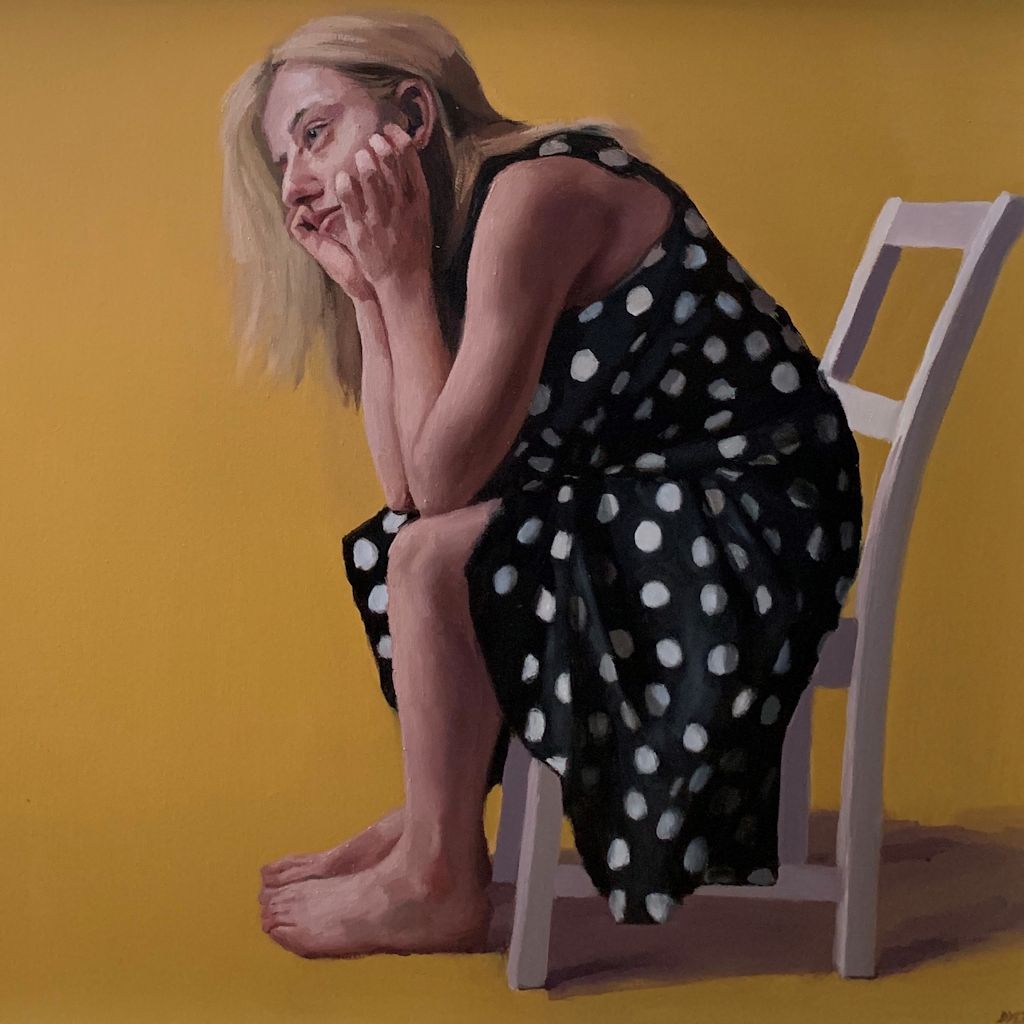 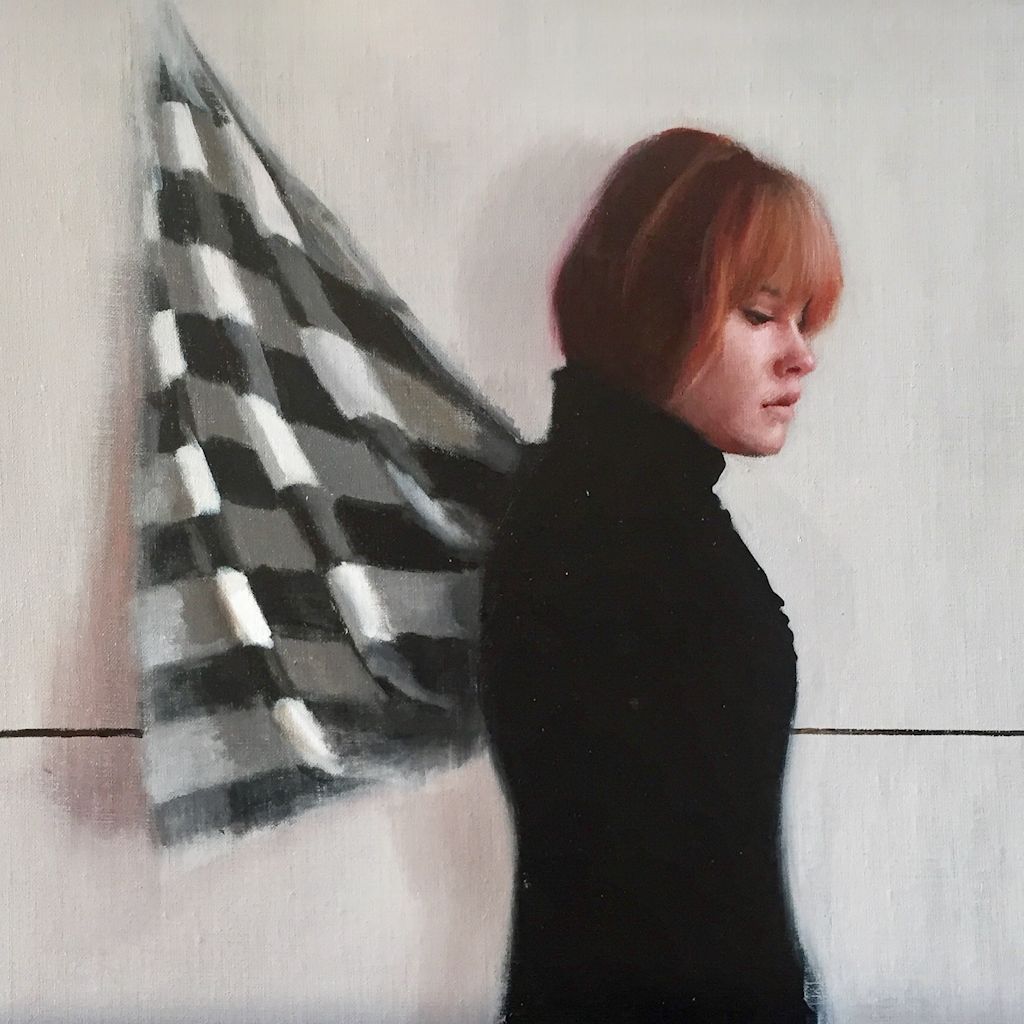 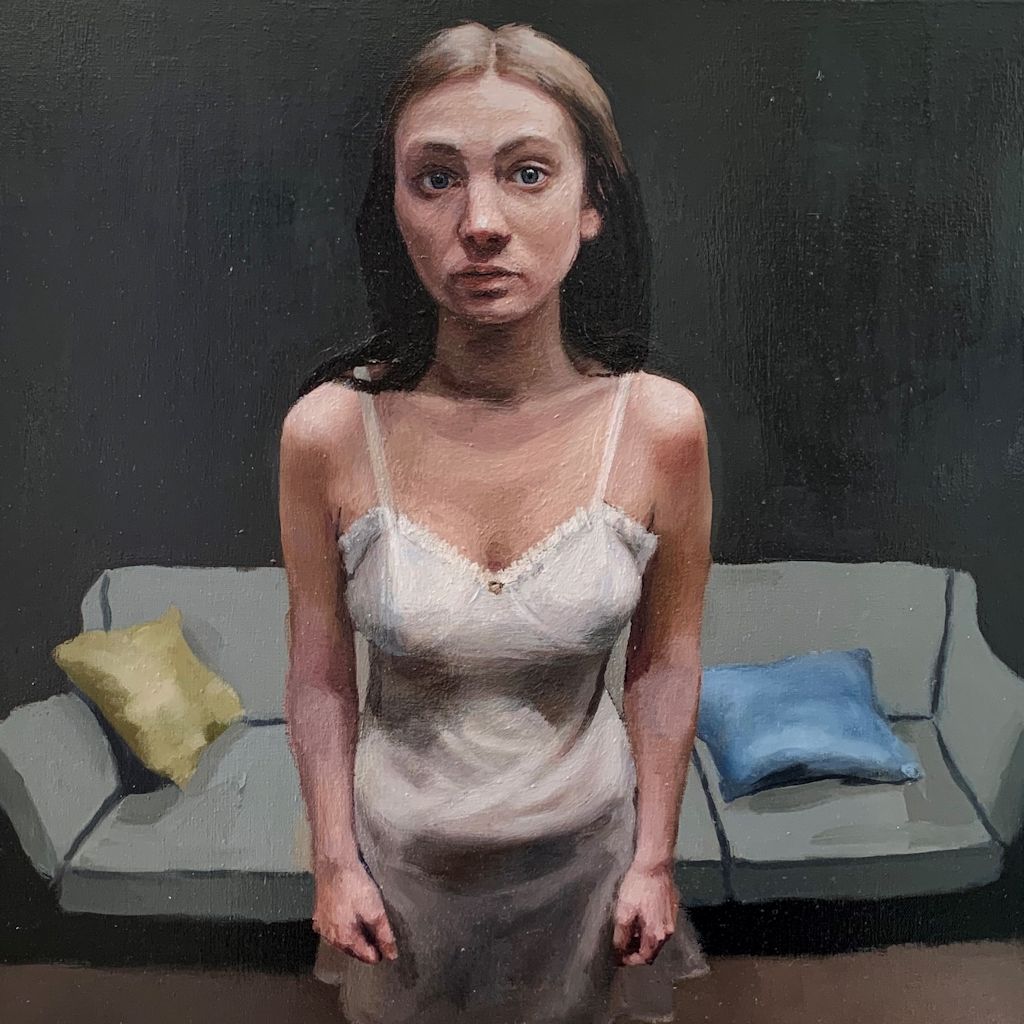 Hand Me Down Dress 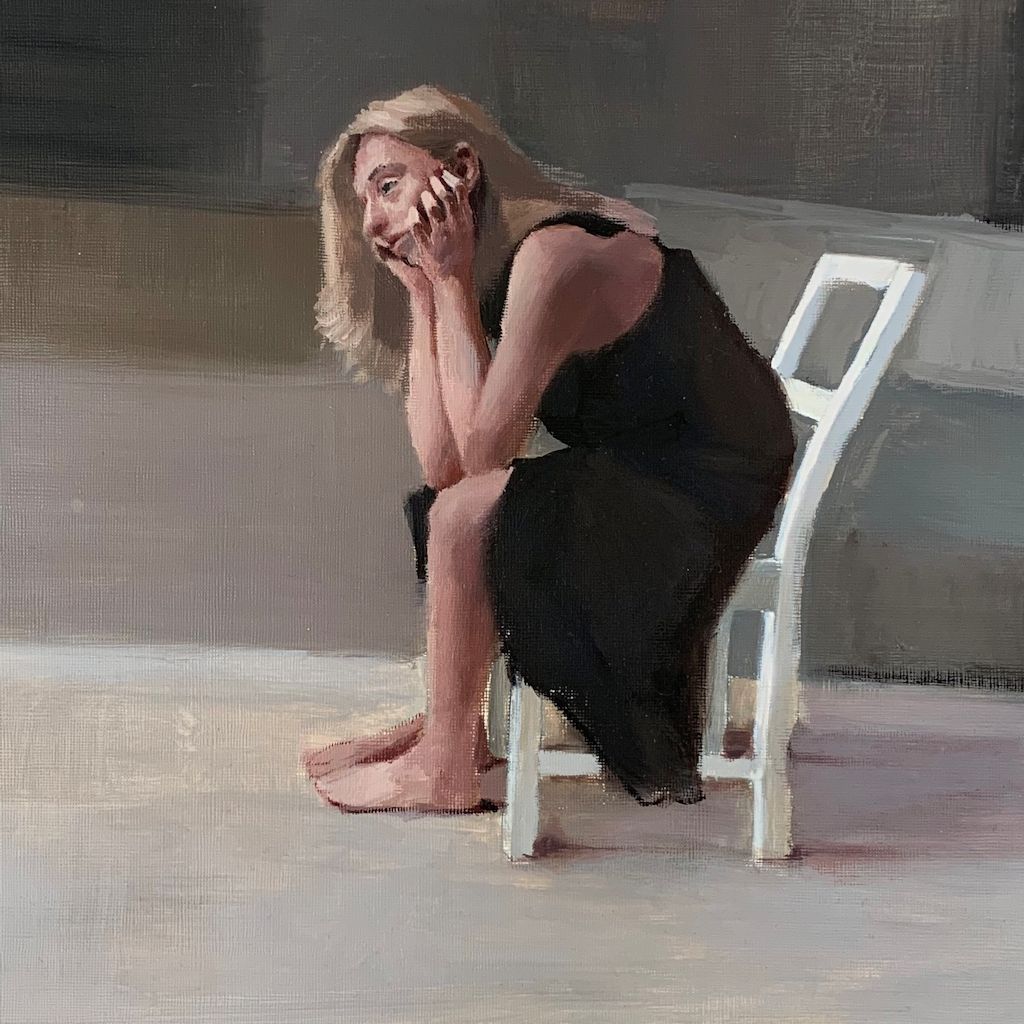 Cherylene Dyer was born and brought up in Dumfries in the Scottish Borders. She moved to Glasgow to Study Drawing and Painting at Glasgow School of Art, and has lived there ever since.

She says: "Subject matter for me has always centred around the human form. I like my subjects to appear mysterious and ambiguous, complete in their own worlds. My models are singers, dancers and actors which are evidently reflected in my work. I'm concerned with emotion and atmosphere which creates my expressive but realistic style."